Or as we like to call it – home! This is where you'll be whizzing out on your RIB ride London with Thames Rockets, and we think it's the perfect base. 443 feet tall and 394 feet in diameter, the London Eye is the most successful tourist attraction in the UK, with 3.5 million people riding the London Eye every year.

A rather nice place to live we think! Certainly for the Duke of Somerset who began building his dream palace in 1547. Somerset House is now home to art galleries, an ice rink in the winter and a cinema in the summer!

The same 'Mr Tate' of 'Tate and Lyle' sugar fame opened the Tate Britain way back in the 1880's for his classical art collection. What is housed here in the old Bankside power-station is its up to date younger brother - the Tate Modern, both Tate museums are highly popular places to visit in London.

Now a staple of the London skyline, 30 St Mary's Axe, more commonly known as 'The Gherkin', was opened at the end of May 2004. Designed to maximise daylight and reduce the need for artificial light, with reduced carbon dioxide emissions and energy use due to its aerodynamic form, this is an all green super slick construction by the seemingly ubiquitous Norman Foster. 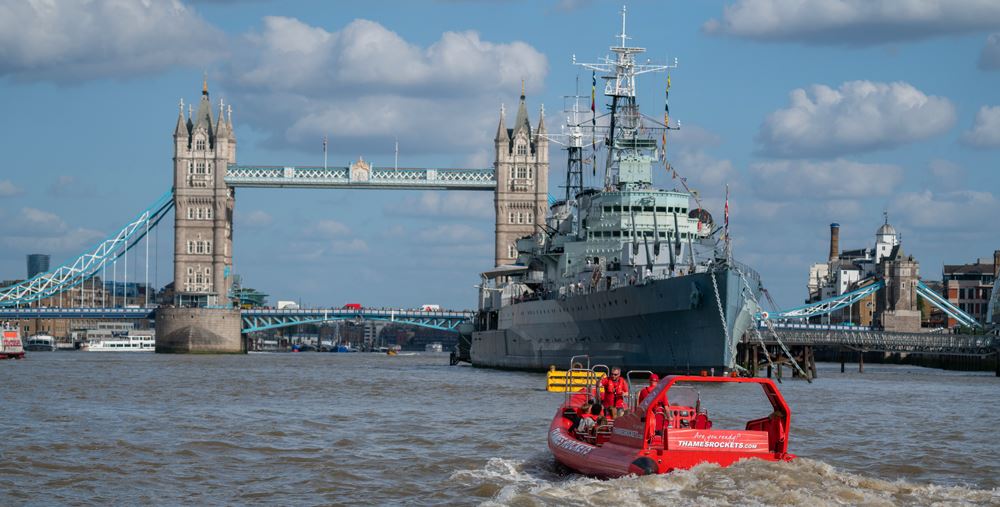 This is one of the most significant battle-ships of our recent history. It's 6th June 1944. 06.30 and as the sun rises one of the most important events of modern history is about to take place. It would become known as D-Day. HMS Belfast was the largest ship in the British fleet and it's these guns, with a range of 12.5 miles, which started firing at Hitler's troops on that historic day.

On the north bank of the Thames some people may miss this when they visit London. This Egyptian obelisk is one of the oldest things you will see in London (other than the river of course!). Over 3,500 years old, it was given as a present from the ruler of Sudan (named Mohammed Ali – no relation!) to Nelson for his part in the Battle of the Nile 1798. 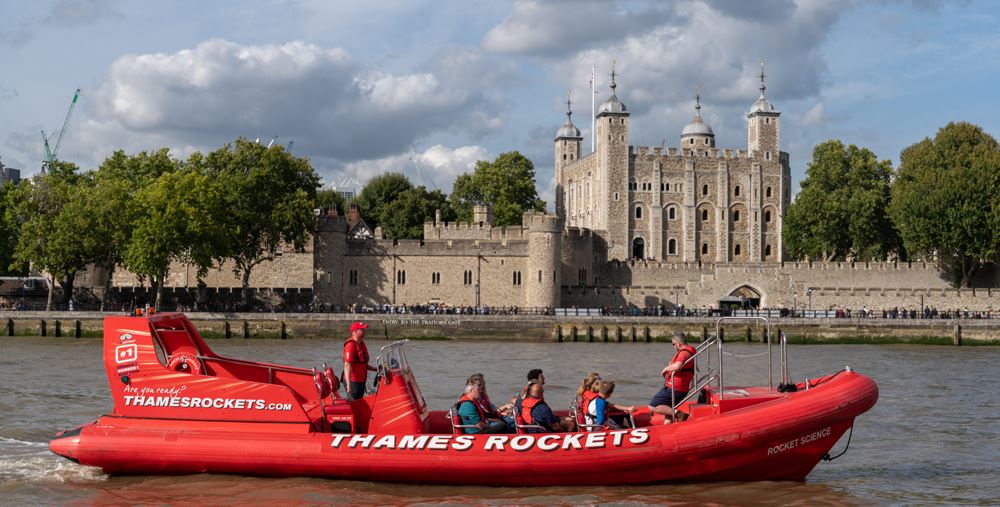 The Tower of London

What's the most famous date in British history? 1066. The race for the English Crown after the death of the childless Edward the Confessor came to a head at the Battle of Hastings, where William the Conqueror became the last person to ever successfully invade Britain.

The awesome Victorian façade of this English Gothic Perpendicular Architecture (now that's a mouthful!) is sure to take your breath away from our particular vantage point on the river, a must in any London tour! 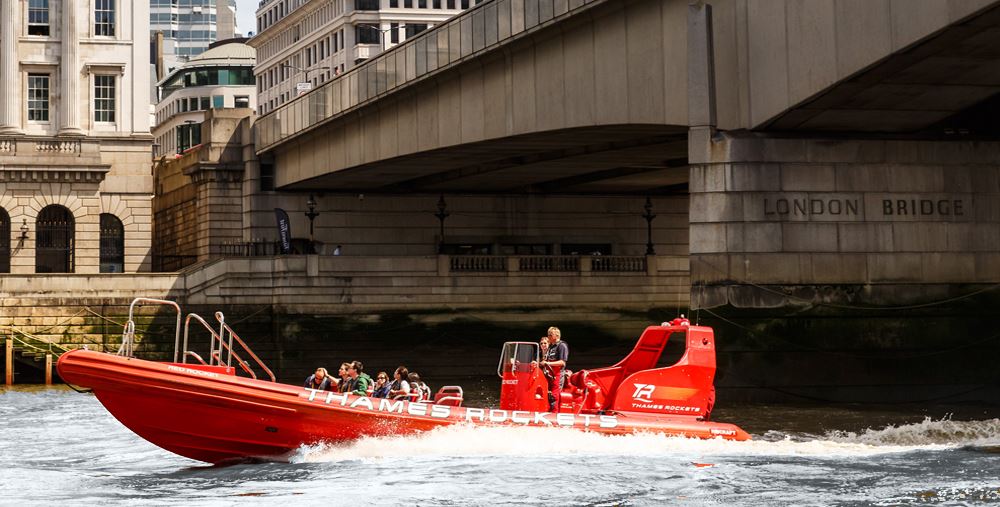 The eponymous bridge of our city! London Bridge has stood on this site for nearly 2000 years. Not the prettiest bridge in London (which is probably why many visitors confuse London Bridge with the much more opulent Tower Bridge), but certainly one of the most important. One of the ‘must do’ places to visit in London.

Ah, Shakespeare's Globe, the only building in London today since the Great Fire of 1666 that is allowed by law a thatch roof in its construction. See Shakespeare as it was originally in this beautiful replica near its original location on the South Bank.

Many people who visit the capital comment that one of its greatest charms is the diversity of the architecture. From one building to the next you can travel hundreds of years. The Shard continues this tradition with the highest viewing platform in Western Europe. The Shard views are not to be missed on any London tour. 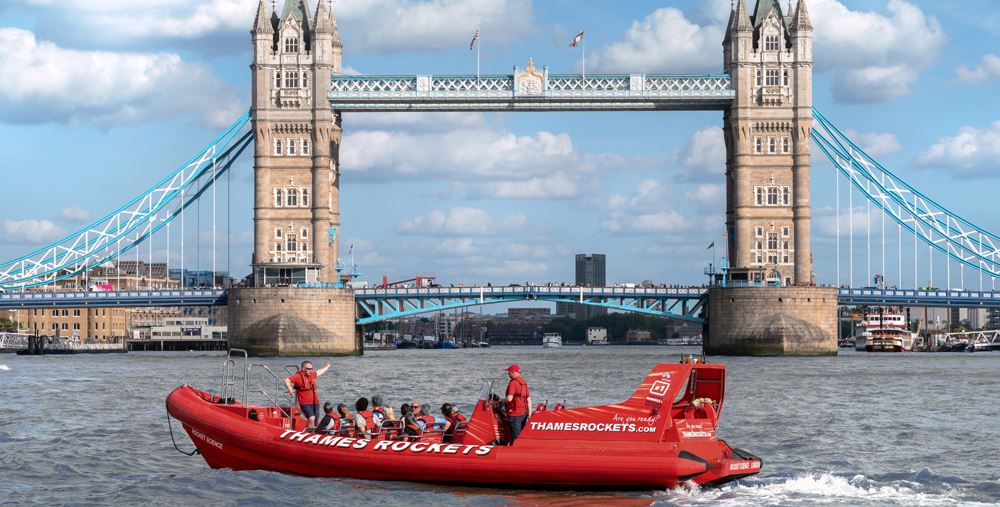 One of the most iconic places to visit in London! To see this bridge open in the centre archway for the first time in 1894 must have been an amazing sight. Quite frankly we think it still is! Sail under the centre bascules on your Thames Rockets London river cruise to truly appreciate this piece of Victorian super-architecture! 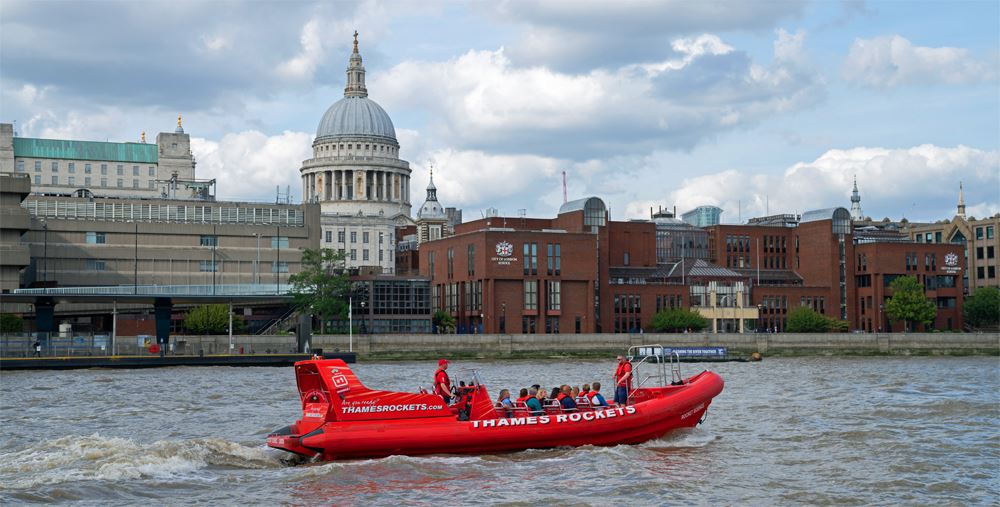 Well what can you say?! The masterpiece of the genius of Christopher Wren – the architect we traditionally thank for rebuilding London after the Great Fire of 1666, which destroyed two thirds of the medieval city.

Book tickets
Thames Rockets uses cookies to ensure you get the very best experience on our website. Read more..